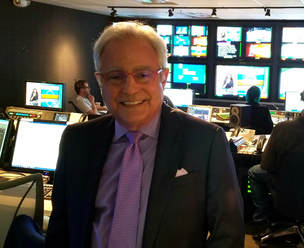 Rick Helfenbein is an Independent Consultant on matters of retail, fashion, trade, and government relations. He is also a Special Advisor to Sorini, Samet & Associates in Washington, DC.

​Rick is the former Chairman, President and CEO of the American Apparel & Footwear Association, the national trade association representing more than 1,000 brands in the apparel, footwear, and accessories industry. Rick is credited with overseeing a full overhaul of the AAFA operations including comprehensive rebranding, web site, and revamped management systems. Rick often appears on TV networks including CNBC, CNN, Fox Business, Newsy, Yahoo Finance, and the BBC, with industry and political commentary. He is a contributor for Forbes.com and also has written numerous op-eds for The Hill, WWD, Sourcing Journal, Just-Style, and Morning Consult.

Previously, Rick was president of all USA operations for Luen Thai Holding Limited. Luen Thai is the largest publicly listed apparel manufacturing and supply chain services company on the Hong Kong Exchange. The company manufactures clothing, shoes and accessories for some of the most recognized brands in the industry, including Polo Ralph Lauren, Coach, Adidas and Michael Kors.

​Rick has several years of experience in the apparel, footwear, and accessories industry, and has been cited as one of the creators of the original Le Tigre brand, plus helped to engineer the split between Izod and Lacoste. He also introduced Burlington Industries to the apparel market and has extensive experience with manufacturing in the USA, Asia and Latin America.  Rick holds a Bachelor of Science in Economics from the Wharton Business School. He participates in the Consortium for Operational Excellence in Retailing at Wharton and Harvard and lectures often at prestigious universities around the world.